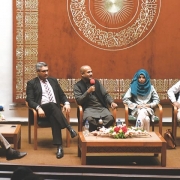 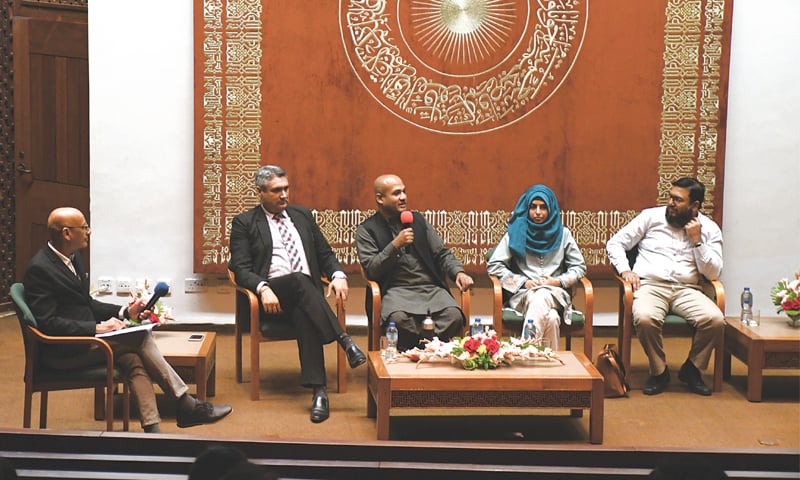 KARACHI: Garbage seemed to be on everyone’s mind at the Sixth Sense Forum panel discussion on ‘Garbage! What is the role of education, universities and social responsibility?’ at the Aga Khan University (AKU) here on Thursday.

Dr Moiz Khan, assistant professor at the Department of General History at the University of Karachi, said that he remembered going for grocery shopping with his mother as a child when just about everyone used to take with them jute or nylon baskets. “There were no plastic shopping bags. Plastic or polythene bags have no value in recycling, which is the biggest problem. And now micro-plastic has even become a part of our food chain. It is inside us,” he pointed out.

“I recently saw four undergraduate students having juice at our university campus. One girl, after finishing her juice, tossed its box on the road even though the dustbin was only a few feet away from her. When I pointed that out to her with the request to throw the box in the bin, she turned up her nose and asked why make her do that when there is garbage all around. And this I got from an undergraduate student,” he said shaking his head.

He also said that he had researched about what was wrong and why the garbage was accumulating all over the city. “You see, there are multiple authorities whose job it is to collect the garbage, but they are overlapping and putting the blame on each other.

“Karachi is a huge city to manage with a huge population concentrated in high-rises and the government is completely oblivious of this. Some may think that the government’s not picking up garbage is actually political victimisation of people who don’t give it votes but then the same thing is happening in places such as Larkana where they do give them votes,” he laughed.

Anusha Fatima, founder of TrashIt said that “We are producing the waste so we also need to look at how we are contributing to clean it up.”

She said that there was a need for introducing courses at the university level about cleanliness that could engage students as well as different stakeholders in society.

She added that during another recent programme the mayor of Karachi distributed papers listing Karachi Metropolitan Corpo­ration’s (KMC) responsibilities and according to that list garbage did not come under KMC. “Then whose job is it?”

Yousuf Farooq, director, facilities management at the AKU, said that children should be taught at the kindergarten level about sorting and recycling of discarded things.

Ahmed Shabbar, CEO of GarbageCAN, said that people had become too complacent about the garbage all around them unlike in the past when there was a kabbarri culture and they used to sort whatever they were discarding at the source such as separating paper from tin and glass to sell to the kabbarri. “Now in the times of mobile phone apps who knows when the poor kabbarri passes by with his pushcart,” he said.

“There are laws about littering and the collecting of garbage but there is no implementation of these laws, that’s where protesting and climate marches come in,” he said.

He said that teachers could tell students about not littering though the actual learning happens at home. Meanwhile, he added that the state had failed to deliver and therefore they needed a public-private partnership.

He also said that the big trashcans that one sees at road corners were actually rented out to scavengers who have a go at taking whatever they could recycle from them before being moved to a landfill. “The scavengers pay for what they take from the garbage but their money doesn’t go to the government. It is not clear whose pocket it goes into,” he said.

He also said that people should refuse plastic bags as much as possible. “Sure, you cannot completely remove plastic from your lives, but there needs to be a balance,” he concluded.

The discussion was moderated by Samir Sadrudin.

Why we need to think differently about packaging
Scroll to top